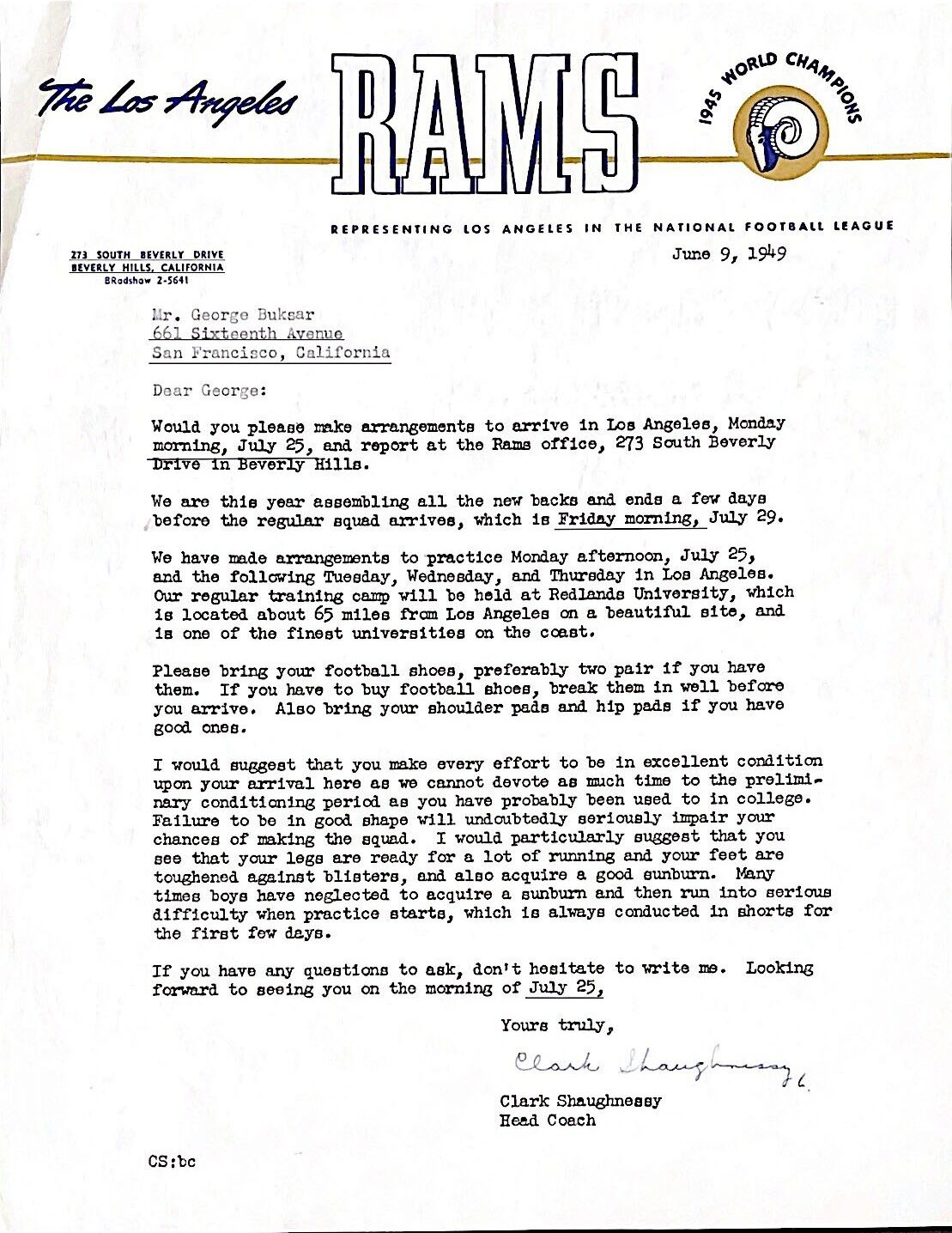 In a sign of how different things were back in the ’40s, Buksar — a 10th-round draft pick by the Rams out of San Francisco — was expected to bring his own equipment and pads. He was also advised to get a sunburn ahead of time, which I’m sure my dermatologist readers will appreciate.

Buksar signed with L.A. in late June but was released in late September. He soon signed with the Chicago Hornets of the rival AAFC. He finished his pro career in 1952 after two years with the Washington Redskins.

Shaughnessy, meanwhile, coached the Rams in 1948-49 but was more notably the Chicago Bears’ defensive coordinator from 1951 through ’62.

Sports history as told through programs, photos, and other things. Curated by @grayflannelsuit. Become a Patreon here: https://t.co/zVzV3OrDxc

Ah yes Bill Belichick, famously a stickler for the rules.

#OTD in 1987 the NFL resumed play in the midst of a players' strike, resulting in the first slate of Scab Sunday games. https://buff.ly/3ybGRCk