The 2019 Major League Baseball season is upon us, and so it’s time for the yearly tradition of ranking every active franchise. For those new to this series, a brief reminder: My formula for ranking teams looks beyond World Series titles to evaluate several criteria that I think offer a more complete picture of success or failure over the years.

This is especially important in baseball where, until fairly recently, a team could turn in a really good season and not even be rewarded with a postseason appearance. Are we to completely forget those team? Or teams that churn out lengthy stretches of seasons with above-.500 records? I think not, and that’s what this system takes into account besides just championships.

With that out of the way, let’s take a look once again at my criteria and then get to the list. For a look at all the charts, click here.

The categories and point values are as follows:

Feel free to share your thoughts on my rankings in the comments below. And as I do every year, I must give credit to two sites that helped form the basis of my own formulations — Bob’s Blog and Page 2.

All rankings are current through the end of the 2018 Major League Baseball season (prior-year ranking in parentheses). Click on the image to be taken to the interactive version: 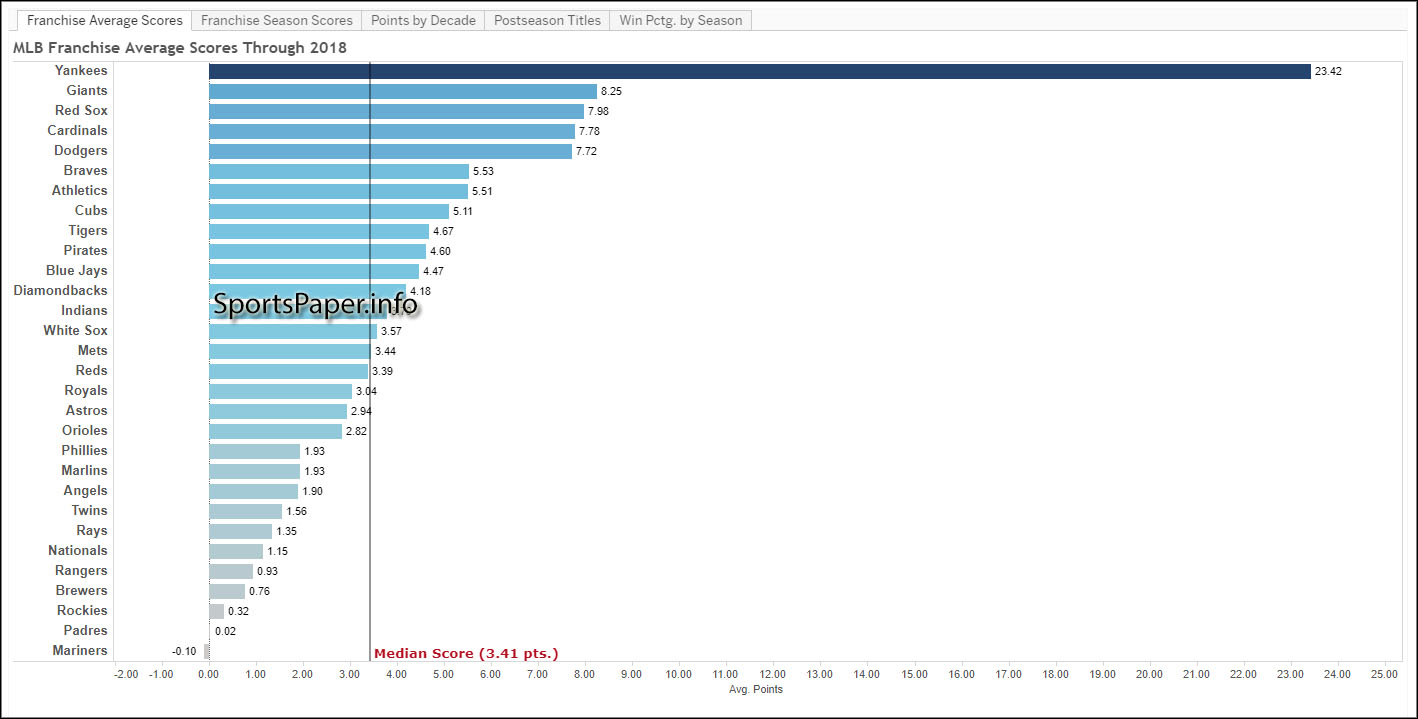 Another year, another winning season for the Yankees. That’s 26 in a row for those keeping count. So long as they keep that streak alive their stranglehold on the top spot will not change. Elsewhere, the World Series champion Red Sox switched places with the Cardinals, and the Braves and A’s also swapped spots.

While they failed to defend their World Series crown the Astros had a good enough season to climb another spot to #18. In the process the bumped the Orioles down to #19. The Phillies moved into the middle tier by virtue of a tiebreak with the Marlins.

Other than the Marlins falling down to the third tier there were two other switches. The Nats and Rangers swapped spots, as did the Rockies and Padres.

Team of the Decade (So Far)

This is the last season for one of the teams leading the pack statistically to lay claim to the title of Team of the 2010s. Despite some down years for the San Francisco Giants it’s still their title to lose. However, the Red Sox, Cardinals, and Dodgers are all within striking distance. 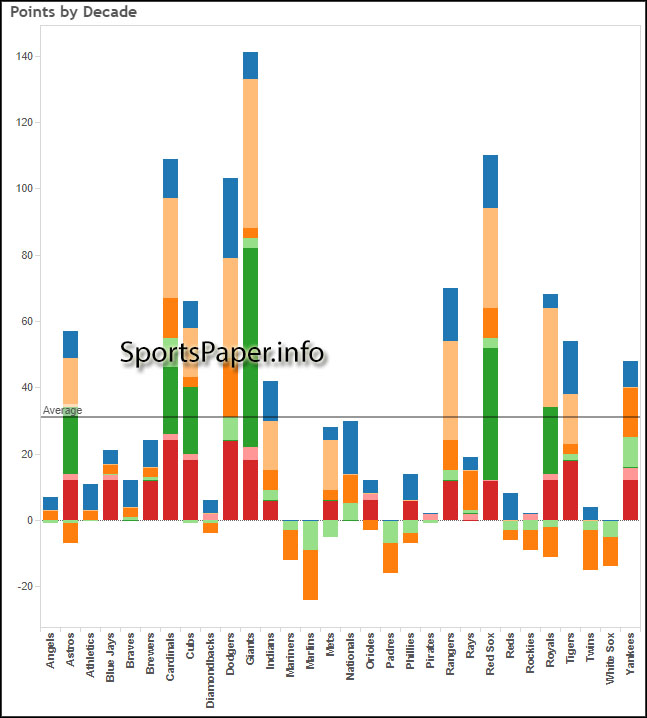 #OTD in 1991 Colorado and Florida were awarded MLB franchises, making them the first expansion teams since Seattle and Toronto.

#OTD in 1923 Kansas City's Municipal Stadium opened. It was originally home to the AA Kansas City Blues, but later hosted the Chiefs and Athletics.

We're all going to feel stupid when we have to watch the Washington Snyders next season.

The last time MLB canceled the All-Star Game was 1945, due to travel restrictions related to WWII.

My understanding of the #Redskins situation, based on conversations with several sources: A name change is likely.

It would truly be a monumental decision. It is time. NFL Commissioner Roger Goodell’s statement was supportive, as well.